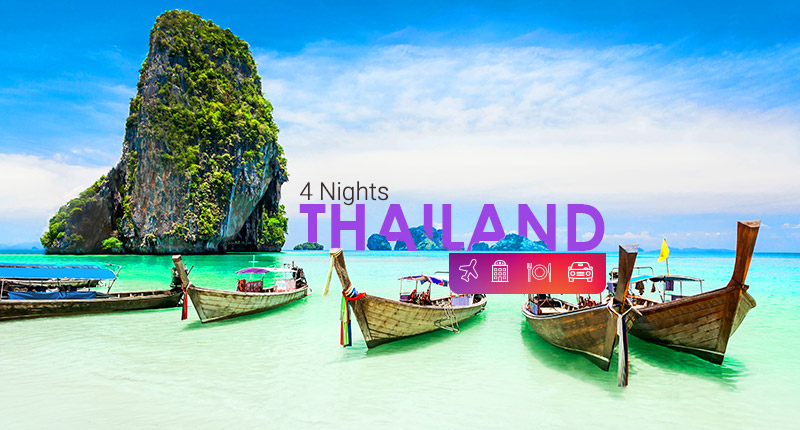 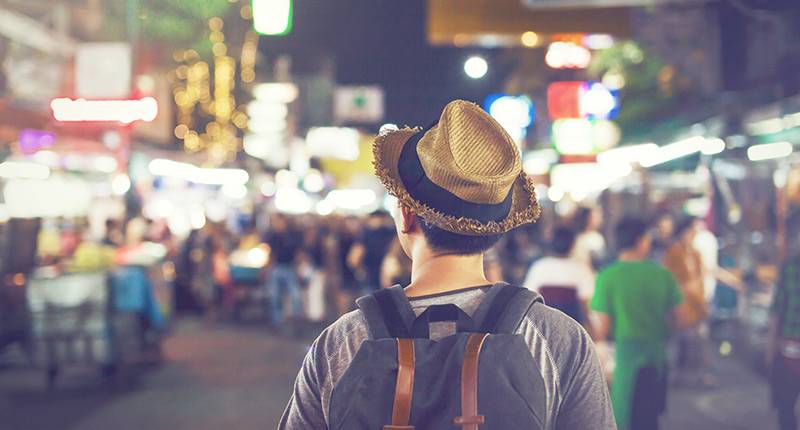 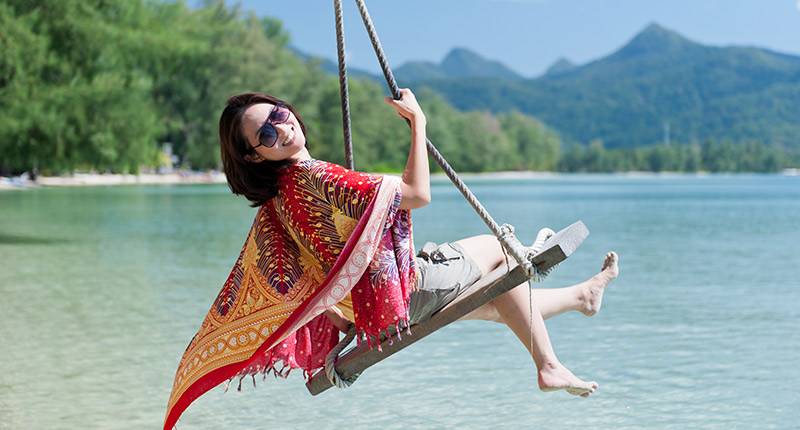 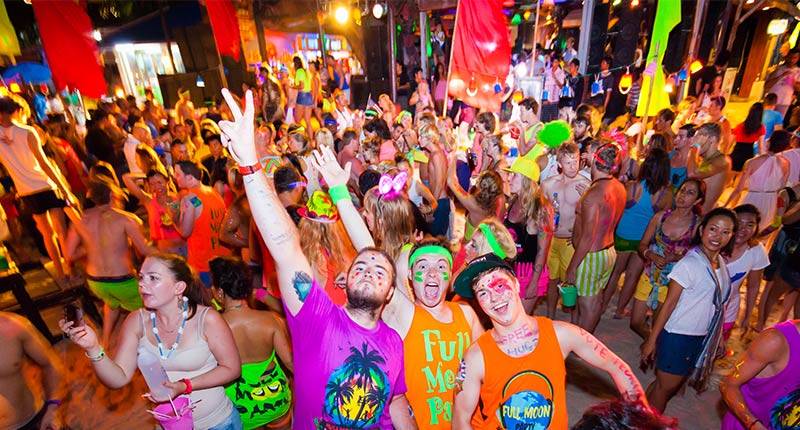 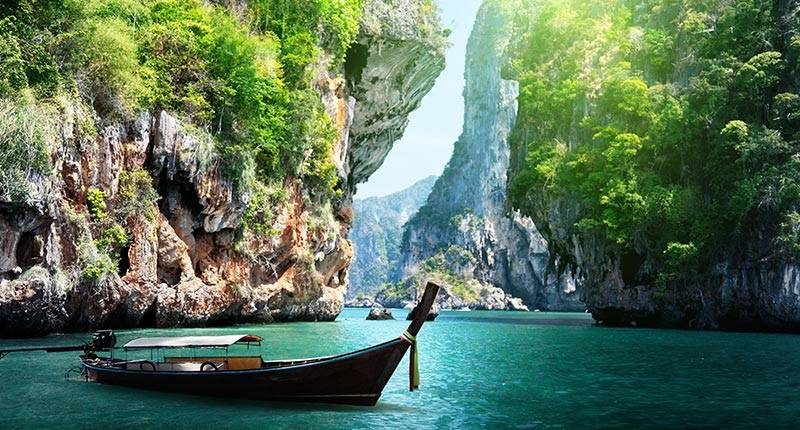 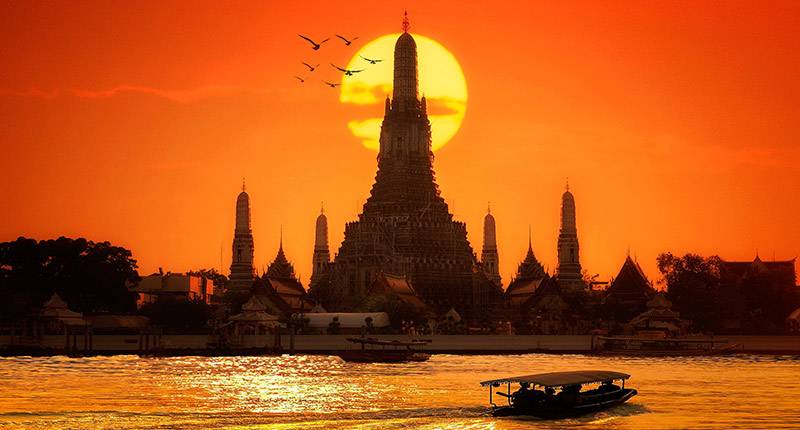 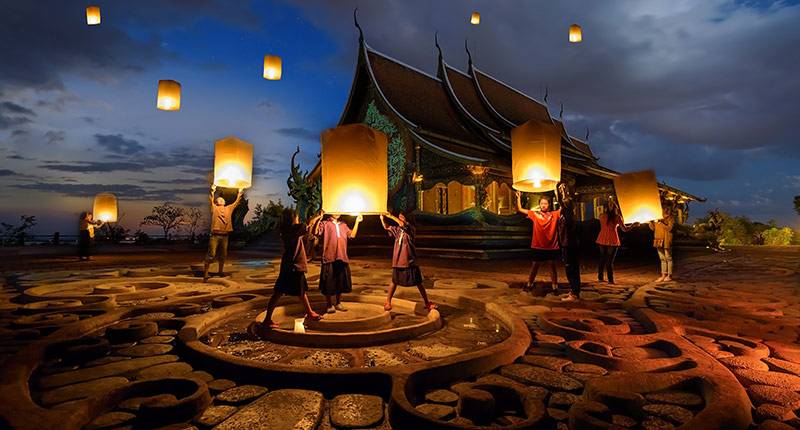 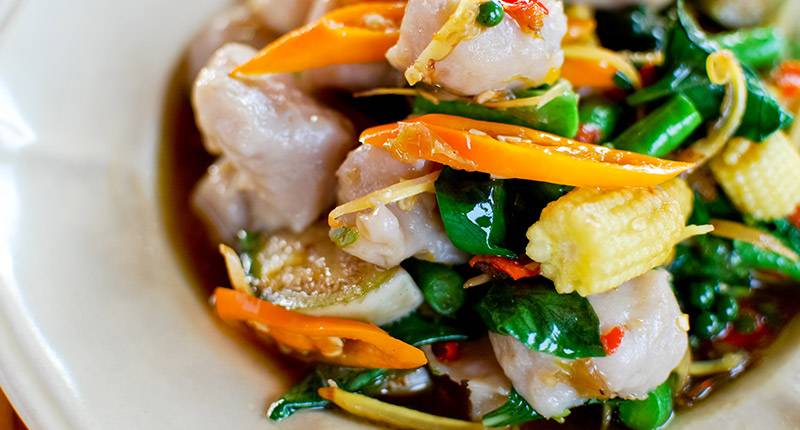 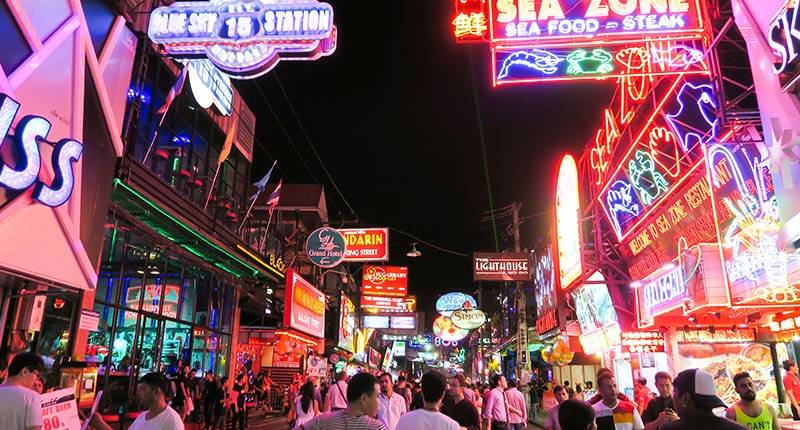 Transfer from Suvarnabhumi Airport to your hotel in Pattaya (on sharing basis). Check in (Standard check-in time after 1500 hours), and recharge for an awesome vacation. You have free time at leisure to indulge in exciting shopping, delicious food, action packed city life and sightseeing. Your overnight stay will be at selected hotel in Pattaya.

Feast on a scrumptious breakfast at hotel. Meet driver at hotel lobby, and proceed to half day Coral Island tour. Enjoy the crystal-clear water at Koh Lan (Coral Island), you can swim and do other activities on the white sandy beach. After tour, transfer back to hotel. You'll have free time at your own leisure to explore if you choose to. Overnight stay will be at selected hotel in Pattaya.

Enjoy breakfast at hotel, and check-out of hotel (Standard check-out time before 1200 hours). Meet with driver at hotel lobby and transfer to Bangkok hotel. Upon arrival at Bangkok, check-in to hotel (Standard check-in time after 1500 hours). You'll have time to experience the amazing vibes, friendly locals and unique landmarks on your own. Overnight stay at selected hotel in Bangkok.

Fuel up for a busy day with breakfast at hotel. Today you'll visit the Grand Palace, one of the famous landmarks in Thailand, is located at the heart of Bangkok. It was built in 1782 and was a former residence of King Rama I to King Rama V. Wat Phra Kaew or the Temple of the Emerald Buddha located within the grounds of the Grand Palace. The Emerald Buddha is a Buddha image resided at the temple with 66 cm high statue and is the most important Buddha image in Thailand. Learn the full story of this beautiful attraction. After tour, transfer back to hotel. Free time at your own leisure. Overnight at selected hotel in Bangkok.

Satisfy your hunger with a hearty breakfast at the hotel. Check-out of hotel (Standard check-out time before 1200 hours), meet with driver at hotel lobby, and transfer to the Phuket International Airport to take the flight back to home sweet home.

Thailand is one of the most popular destinations in South East Asia, and it is easy to see why: the country offers colorful temples and palaces, incredible beaches and island retreats, legendary parties, breathtaking nature, and one of the most exciting cities on earth as its capital.

Whether you want to discover the electric atmosphere of infamous Bangkok, relax on the beaches of Phuket and Koh Samui, or go back in time with the temples of Chiang Mai, Thailand has something for everyone and an unforgettable experience is guaranteed.

Population: 68,860,000
Capital: Bangkok
Time Zone: GMT (+ 7)
Dialing code: +66
Language: Thai. English is spoken in the more touristy areas in the big cities, but is not widespread.

Currency: Thai Baht (THB). Most transactions are cash-based, and only more high-end establishments and restaurants will take cards. There are plenty of banks and ATMs, however there is a withdrawal fee for foreign cards (200B) in addition to the fee your bank at home will be charging, so it is recommended to take out cash in larger chunks - as much as you are comfortable carrying - to avoid fees. Do remember that pickpockets are common in large cities like Bangkok and that cash should be concealed and kept secure.

Plug Sockets: A few different plug sockets are used in Thailand, mainly the two-pronged round and flat formats. A universal international adapter which can work with several plugs is recommended, or otherwise bring both round and flat options.

Getting Around: Bangkok has an excellent metro and Skytrain system, as well as river and canal buses which cover the areas the metro doesnÃ­t, as well as being interesting attractions in themselves.

Tuk tuks and motorbike taxis are also common throughout the country and vary in price depending on the area and time of day. Many smaller islands such as Koh Samui and Koh Pha Ngan use songthaews, shared taxis with room for up to 8-10 passengers, often with a fixed price.
To get around the country, there is a train network however buses and coaches are cheaper and more popular. Note that when travelling to an island, it is often cheaper to book a coach/ferry combination ticket. Tourist offices, travel agencies, and even your hotel will be happy to help you arrange the best travel for your destination.

Thailand is a popular destination year-round, however the tourist high season corresponds to the dryer months (November - April), where temperatures are cooler and the weather less humid.

From March to May, the weather is hot and dry, and May-October is monsoon season, meaning hot temperatures but high humidity and occasional heavy showers. It is important to note that monsoon rains tend to be very heavy but not last very long, so you can still benefit from the countryÃ­s islands and beaches during this season.

The weather varies greatly within the country itself, with the jungles in the north being cooler and the islands in the south considerably hotter.

Thai cuisine is one of the most popular in the world, with one highlight being its spicy, creamy green and red curries bursting with fresh flavors of coconut, kaffir lime, and lemongrass. However, the most internationally famous Thai dish, and one of the best loved across the country, is Pad Thai, consisting of rice noodles, meat (most often chicken or prawns), vegetables, tofu, egg, and a special sauce made from tamarind and fish sauce.

Pad Thai is part of ThailandÃ­s love of street food, with food stalls dotted around every city selling everything from noodles to freshly grilled skewers to - most eccentrically - bugs and insects. Street food in Thailand is cheap and often fresh, cooked right before your eyes, and is one of the best ways to explore the countryÃ­s cuisine.

Other popular dishes include Tom Yum Goong, a spicy hot and sour soup often made with shrimp and Som Tam, a spicy green papaya salad.

Thailand has a proud history as the only country in Southeast Asia to have remained free of colonial rule. The culture is heavily influenced by religion, particularly Buddhism and Hinduism, with some of the countryÃ­s greatest attractions being its gold-covered and brightly tiled temples. These temples display some of ThailandÃ­s best artwork, based on stories of the Buddha and other folklore figures.

Thai boxing is the national sport and has recently gained an international following. Most cities and even some islands offer thai boxing matches several times a week, and it is a popular tourist attraction. Another favourite cultural experience is Ram Thai, which encompasses traditional dramatic performances of theatre and dance.

A few traditional social customs are still common in Thailand, such as the wai - joining both palms in a prayer gesture, accompanied by a bow and a smile - used for greeting and thanking people. Happiness and positive social interactions are important to Thai culture, so conflict or confrontation of any kind is avoided.

There are plenty of things to do in Thailand, and tourism is quite common throughout the country.

The capital of Bangkok is often the first destination for tourists, and for good reason. ItÃ­s nightlife is some of the best in the world, from cheap roadside bars to world-class nightclubs, but it also has plenty to offer during the day. The Grand Palace, former residence of the royal family, is unmissable, with its colourful demon guardians towering over entrances, intricate murals, and golden stupas, and Wat Pho, with its 46m long statue of a golden reclining Buddha, is an unforgettable sight.

If what you want is beaches and beautiful scenery, head south for some of the worldÃ­s best island hopping. Phuket and Koh Samui, the countryÃ­s biggest islands, offer everything from party beaches to relaxed surfer spots, as well as lots of family-friendly options. Next to Koh Samui is Koh Pha Ngan, where thousands of revelers descend upon the beach every month for the legendary all-night full moon party.

Other key attractions include Sukhothai Historical Park, where you can go back in time 800 years wandering through splendid ruins, trekking through the limestone mountains of Kanchanaburi, and exploring alongside the banks of the legendary Mekong river.

Thailand offers a wide variety of wildlife, most notably the Asiatic Elephant, which is the countryÃ­s national animal. Other incredible animals you can see in Thailand include tigers, black bears, macaques, rhinos, gibbons, and leopards.

But itÃ­s not all on land: ThailandÃ­s waters offer a beautiful variety of coral, tropical fish, and even dolphins, and there are over 900 species of native birds.

Going to see elephants is an extremely popular tourist activity, with some places offering rides on the animals. Please note that some elephant sanctuaries, as well as other animal sanctuaries such as the recently closed Tiger Temple, have come under attack for their cruel treatment of the animals. Do your research before going to a sanctuary or reserve and favor places that let you interact non-intrusively with the animal, such as washing the elephants.

Thailand enjoys a tropical climate most of the year, so bring light summer clothes. You will need full-length trousers or skirts, as well t-shirts that cover your shoulders, when visiting any religious site, so dress accordingly when you know you are going to be visiting a temple.

If you are visiting during monsoon season, pack a waterproof jacket, and a small plastic pouch to protect your electronics in your bad or pocket may also be a good idea. If you are planning to go to a full moon party, pack some clothes you donÃ­t mind getting stained: the neon paint thrown into the crowds is famously hard to get out.

UAE citizens have visa exemption in Thailand, and do not need to prepare anything in advance. Proof of adequate financed (20,000 baht per person or 40,000 per family) and proof of onward or return travel within 30 days required when entering the country..