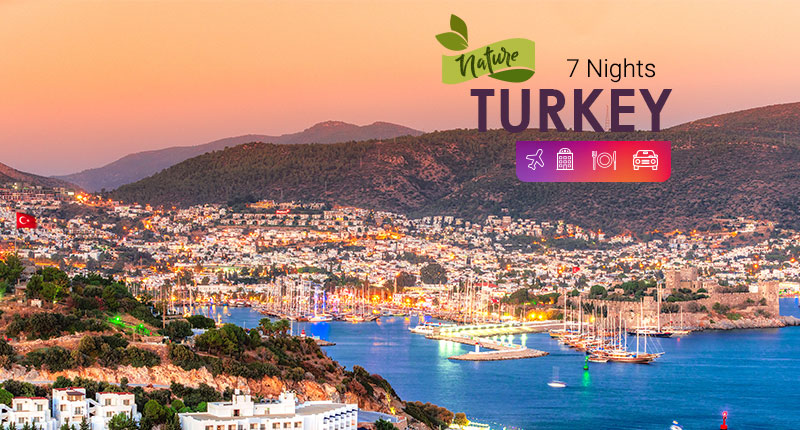 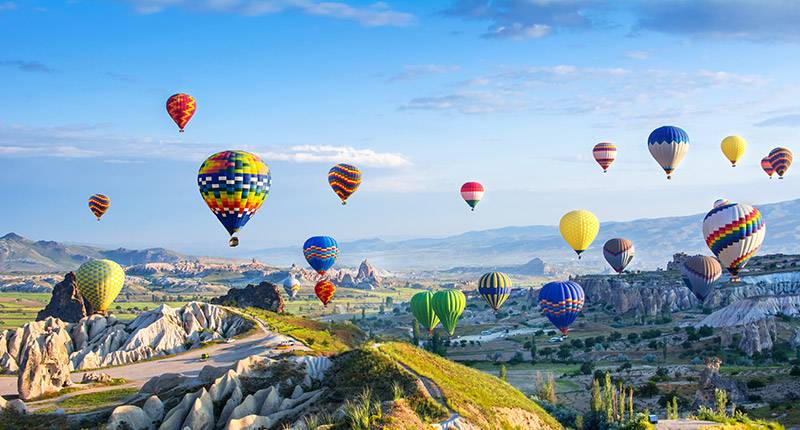 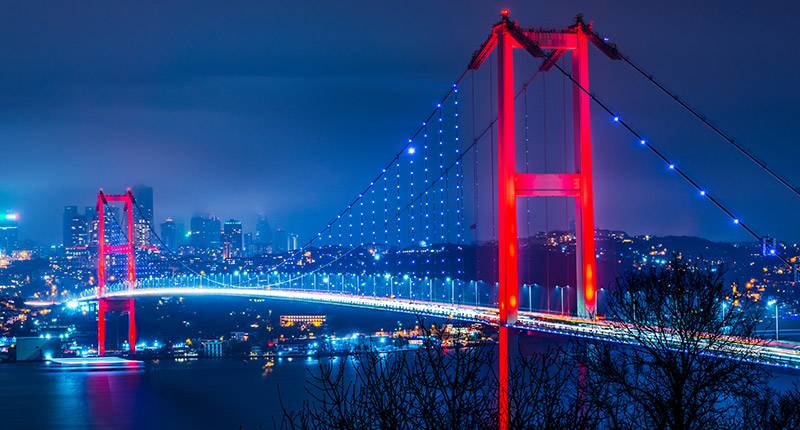 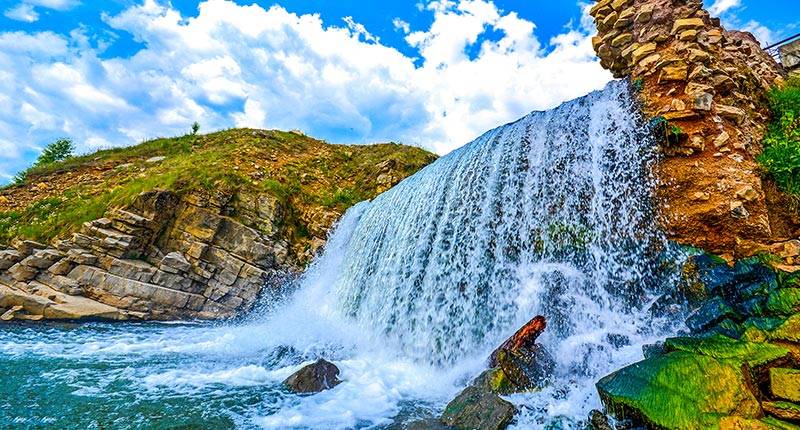 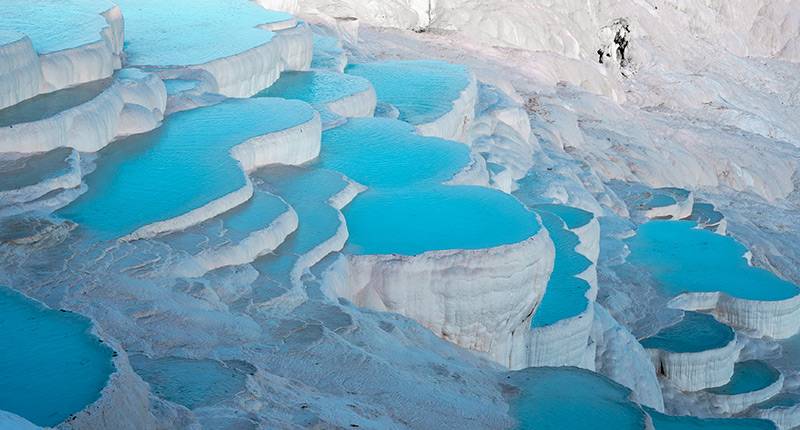 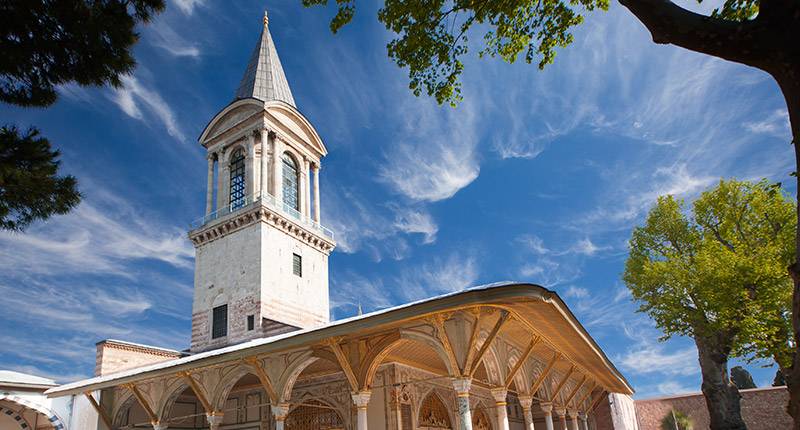 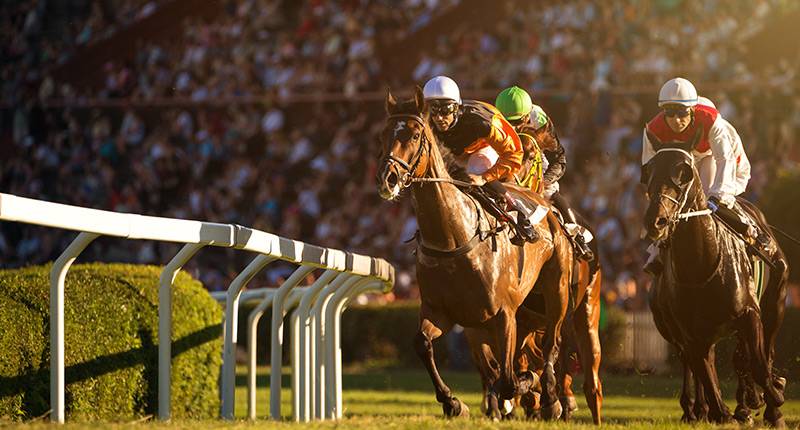 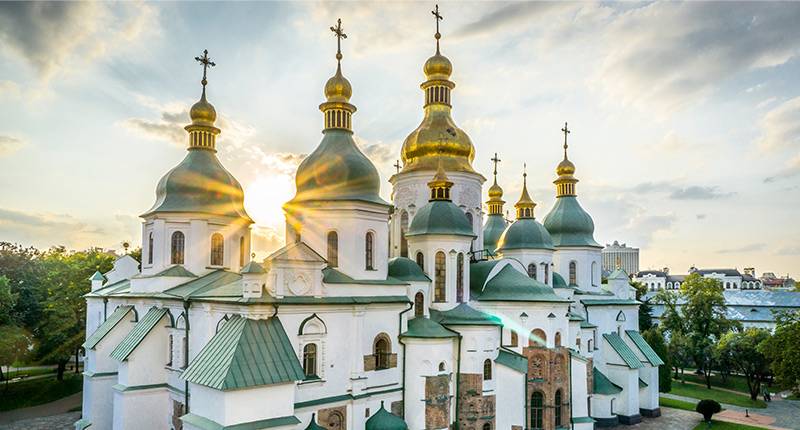 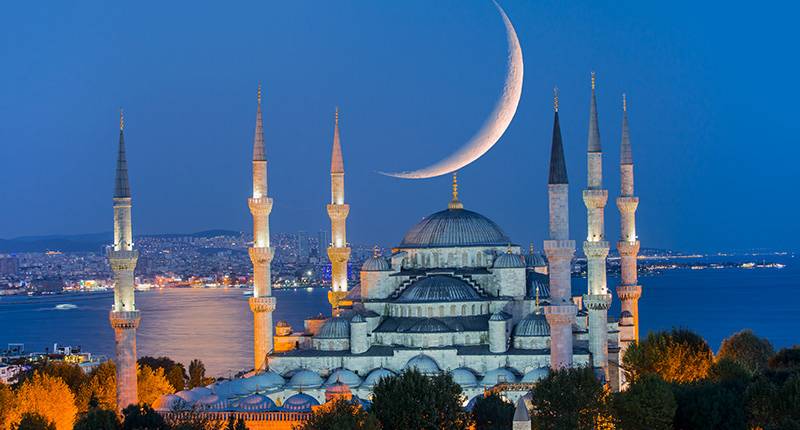 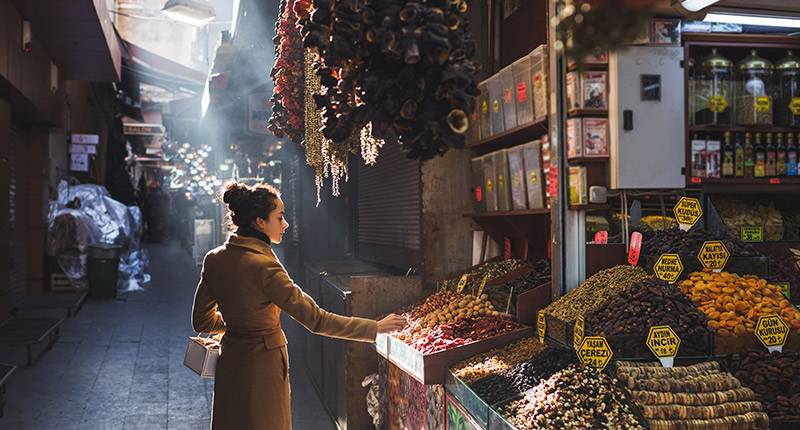 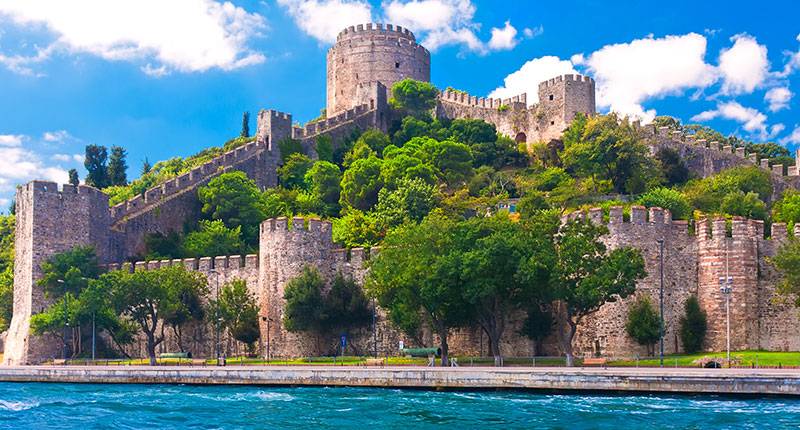 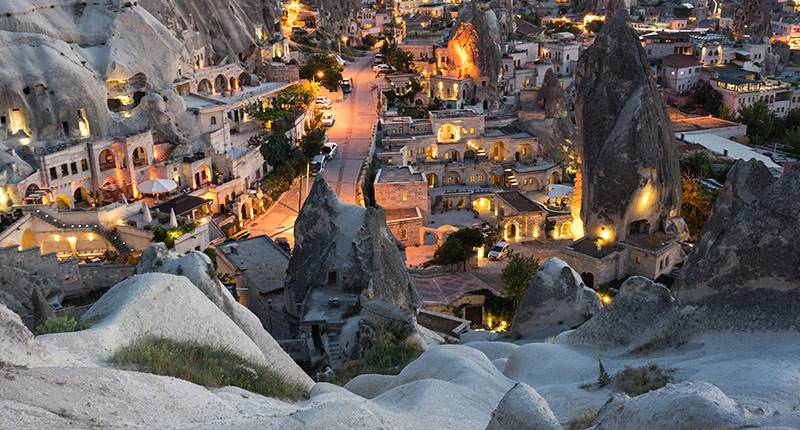 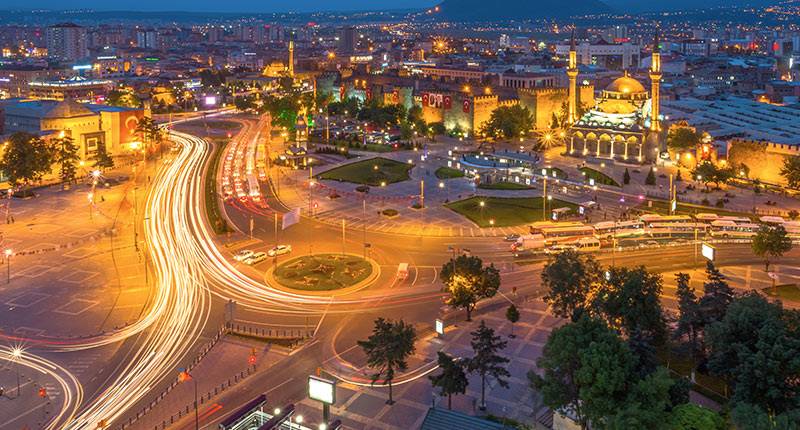 Starting From
AED 6,130
Per Person On Double Sharing Basis

Turkey is beautiful, culturally rich, home to mouthwatering cuisine, and of course a great mix of sun, sand and sea. Come along for grand adventure with our tours including Istanbul old city, mighty Bosphorus, surreal Cappadocia, Antalya's breathtaking waterfalls, Pamukkale and tons more!

Welcome to Istanbul! After landing, you'll meet with an English-speaking representative holding a name sign outside the luggage claim area at the airport. Transfer to hotel by a private vehicle for check-in and rest (Early check-in upon availability). You have the remainder of the day at your own leisure. Overnight stay at hotel in Istanbul.

After your breakfast, meet guide at hotel lobby. Today, you have an exciting Istanbul old city tour covering:

Hippodrome: One of the largest chariot race grounds of the Byzantine Empire.
Topkapi Palace: The residence of the sultans for almost three centuries. In the Treasury section, you will see breathtaking displays, including the 7th largest diamond in the world. At the chamber of Holy Mantle, you can see the sacred leavings from Prophet Mohammad (PBU). (Entrance fee for Harem section is not included.)
Blue Mosque: Enjoy the striking view of the cascading domes and semi-domes. Once inside you will see how the mosque got its name, viewing the colorful blue Iznik tiles from 17th century that adorn the interior.
Lunch will be served at a local restaurant.
St. Sophia: Built during Emperor Justinian reign (AD537), it remained the greatest church in Christendom until the conquest of Constantinople in 1453 by Sultan Mehmet II who ordered to convert Hagia Sophia into a Mosque. In 1934, proclaimed as a museum.
Grand Bazaar: The largest and oldest covered Bazaar in Turkey with over 4,000 shops, here you'll find a variety of handicrafts, carpets, rare jewels and souvenirs all sold in small shops next to each other.

After tour, transfer back to hotel. Dinner on your own. Overnight stay at hotel in Istanbul.

Enjoy buffet breakfast at the hotel, followed by a morning Bosphorus tour. Meet with the tour guide at hotel lobby. Tour starts with City Walls; the first breach of the walls was by the Fourth Crusade in 1204, the second by the cannons and troops of Sultan Mehmet the Conqueror in 1453. Drive by bus to go golden horn area, a natural and extremely secure harbor, the Golden Horn has played an important role in the development of Istanbul. Next stop is the Spice Bazaar (Egyptian Bazaar); the air here is filled with the enticing aromas of cinnamon, caraway, saffron, mint, thyme and every other conceivable herb and spices.

Next, there's a boat trip on the Bosphorus: an amazing cruise between the two continents of Europe and Asia. Along the Bosphorus by the Dolmabahce and Beylerbeyi Palaces, you'll see wooden villas and mansions up to the Rumeli Fortress. The Rumeli Fortress (from the sea) Istanbul had been besieged many times before Mehmet the Conqueror took the city in 1453, but it managed to defend itself with the help of Roman city walls.

In the afternoon, pick up from hotel and transfer to new airport for direct flight from Istanbul to Cappadocia. Upon arrival, you will be transferred to your hotel; enjoy free time for the rest of the day. Dinner at hotel and overnight stay.

(It is possible on this day to book an optional, early morning hot air balloon tour to enjoy the magnificent view of the valleys from the air.)

Meet with guide at hotel lobby and depart from hotel to have full day regular (SIC) Cappadocia tour. First visit Devrent Valley to see the unique fairy-chimneys. Drive to Pasabag (Monk's Valley) to see the most interesting mushroom-shaped pinnacles. Drive to the city of Avanos.

Lunch at local restaurant as set menu (drinks extra). In the afternoon visit another beautiful open-air museum at Goreme where the remains of rock-cut churches and Christian settlements date back hundreds of years. Lastly, before returning to your hotel, visit the natural castles of Uchisar. After tour back to hotel for dinner and overnight stay.

Indulge in a delicious buffet breakfast at hotel and pack up for Antalya- the largest Turkish city on the Mediterranean coast with over 1 million people living in its metropolitan region. You'll be picked up from your hotel and privately transferred to Kayseri or Nevsehir airport for your flight. Meet representative on arrival, and transfer to hotel. Dinner, and overnight stay at hotel in Antalya.

After breakfast, you'll be picked up from your hotel and join our full day city tour. First stop is Perge that is 18 kms east of Antalya. In this area the Hittites settled in 1500 BC and St. Paul reportedly stopped on of his journeys. Here, you will also be able to see some fine examples of the old colonnaded streets, agora, bath, stadium and theatre.

Drive to Kursunlu Waterfalls; located on one of the tributaries of the Aksu River, its views in the midst of a pine forest is of quite exceptionally beauty. The countryside around the water forms a lovely picnic and pleasure spot only twenty minutes from the center of the city of Antalya. Lunch will be at a local restaurant near Aspendos. Drive to Aspendos Ancient Theater, which is the site of one of the best-preserved amphitheaters of all times and still used today for many live performances of ballet, opera and classical works. Close to the theatre, the remains of the largest aqueduct in ancient Anatolia can also be seen. After tour return for dinner at hotel, and overnight stay.

After breakfast at hotel, today there's a full day Pamukkale tour from Antalya. Departing your hotel, the first visit will be to Hierapolis Ancient City. You'll see the large necropolis, Great Baths, Frontinus Street, Theatre, Martyrion of St. Phillip and the antique pool also known as Cleopatra's pool. Finally, be amazed by travertines, (the terraces of carbonate minerals left by the flowing water) on which you can enjoy a barefooted walk. After tour, transfer back to Antalya for dinner and overnight stay.

Feast on buffet breakfast at hotel, check out at noon, followed by free time to explore. At the designated time, you'll be transferred from hotel to airport in Antalya. You'll catch your flight from Antalya to Istanbul, and connect with your international departure flight - we hope to see you again soon.