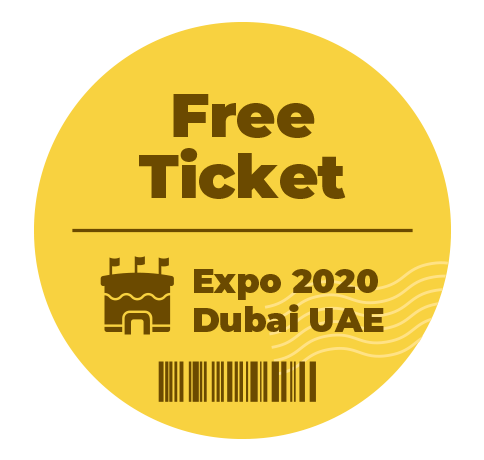 Book our 2-night Gabala and 2-night Baku tour of Azerbaijan on a group departure. This comes with a free ticket to the Expo 2020 Dubai and a free Gabala city tour with a cable car ride. We provide a splendid 4* stay, free breakfast, half-day Baku and Gabala city tour, return airfare (economy class), PCR test and travel insurance. So, buckle up and pack your bags. The tour includes highlights such as Highland Park, Baku Boulevard, Mini-Venice, Palace of the Shirvanshah complex and much more. Get the super deal on our package and don't miss the historic tour. Book now!

Welcome to Baku Airport where upon arrival you will be warmly greeted by our local representative. Transfer to Gabala city which is approximately a 3 hours journey.

Overnight stay in Gabala in the comforts of the lush hotel as per the itinerary.

After a tasty breakfast proceed for the exciting tour. It’s a day where you will embrace the rich and ancient history of Azerbaijan of over two thousand years that the splendid city of Gabala offers. The tourist attractions include a great number of historical and cultural monuments that lets you indulge in the different eras of the region. Gabala city also known as Kabbalah was the capital of Caucasian Albania for 600 years. Due to its good location which is 220 km from Baku and the city`s rich infrastructure, the Gabala region is today a favourite tourist destination.

Be a part of the tour where you can absorb the beauty of nature and witness a well-developed city structure and foundation. Gabala region has always been an important and integral part of Azerbaijan history along with Baku, Ganja and other cities. Interestingly Gabala was the capital of Shirvan and Shaki Khan. In the 18th century, Kutkashen was created on the territory.

Enjoy a sumptuous breakfast and check-out from the hotel. Proceed onwards on the tour to Baku city. After checking into the hotel in Baku, have a splendid day shopping.

Relish a tasty breakfast and complete the PCR Test at the hotel. Proceed on the tour of Baku city with its many fabulous tourist attractions. The tour starts with Highland Park, also well known as “ Viewing Square”. This elevated terrace tourist attraction presents dramatic panoramic views of Baku. Capture the frames on a splendid photo opportunity of the bird's eye view of the city below. Alley of Martyrs is another highlight on the tour, formerly known as Kirov Park. It is a cemetery and memorial in Baku in honour of the people that were mercilessly linked by the Soviet army in the January Massacre.

The experience of the tour continues to Baku Boulevard and upon request, you can witness the Baku Ferris Wheel also known as the Baku Eye. This would however depend on the weather condition. Proceed onwards to witness the Azerbaijan National Carpet Museum which has the largest collection of Azerbaijani carpets in the world. Witness the beauty of Little Venice on the tour of an area within the Baku Boulevard made up of man-made waterways. Enjoy a boat trip on the Caspian Sea and go on to see the splendour of the Philharmonic Garden, sometimes called the Governor`s Park.

Proceed onwards to the Old City (Icherisheher), which is the historic core of Baku. Here you are in for a splendid sightseeing tour of Palace of the Shirvanshah complex, The Museum of the Miniature Books, The Maiden Tower, Gosha Gala Entrance ( Double Gates of the Old City), Fountain Square, Nizami Street and Molokan Garden.

Go on to visit the War Trophies Park, a public park in Baku containing war trophies seized by the Armed Forces of Azerbaijan. Have a photo stop in front of the Heydar Aliyev Center and capture the ‘ I love Baku’ on a frame for eternity.

Enjoy a delicious breakfast and check-out of your hotel. Transfer to Baku Airport for your flight back home. Carry with you undying memories of an Azerbaijan tour.