The Island Paradise of Maldives | Travelwings 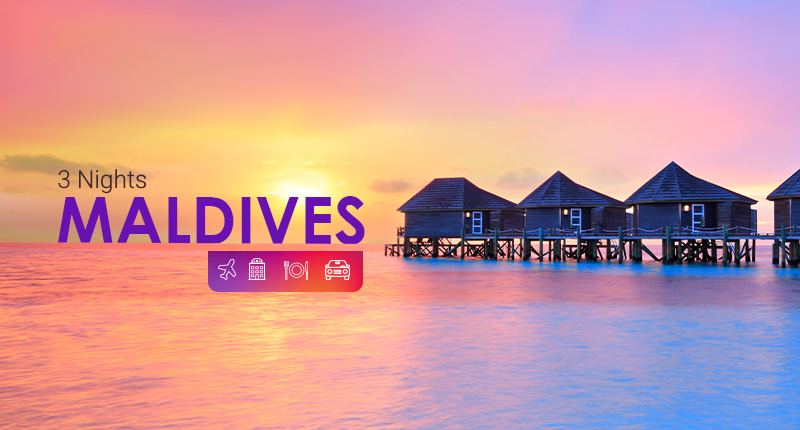 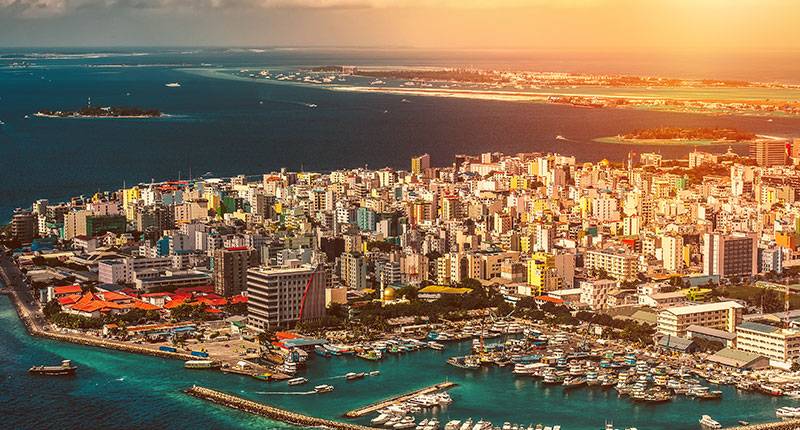 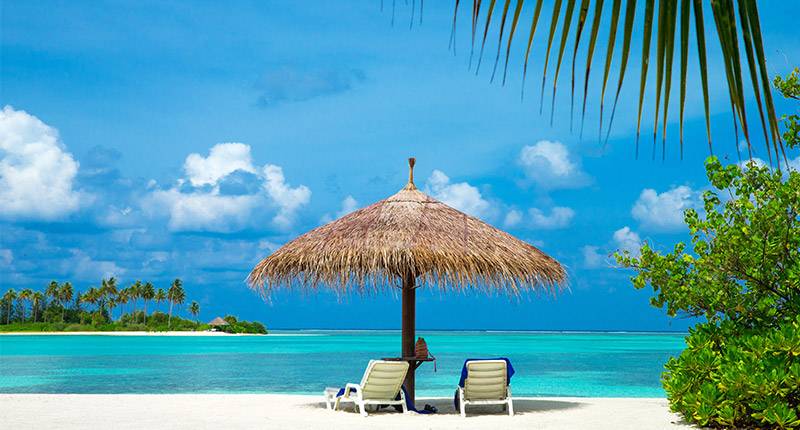 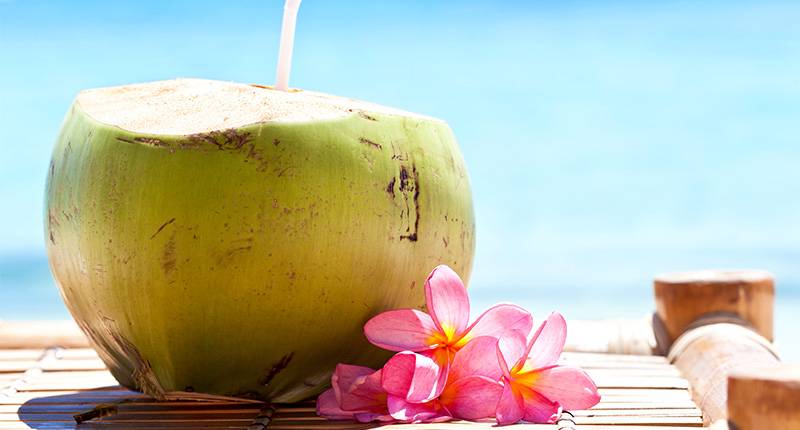 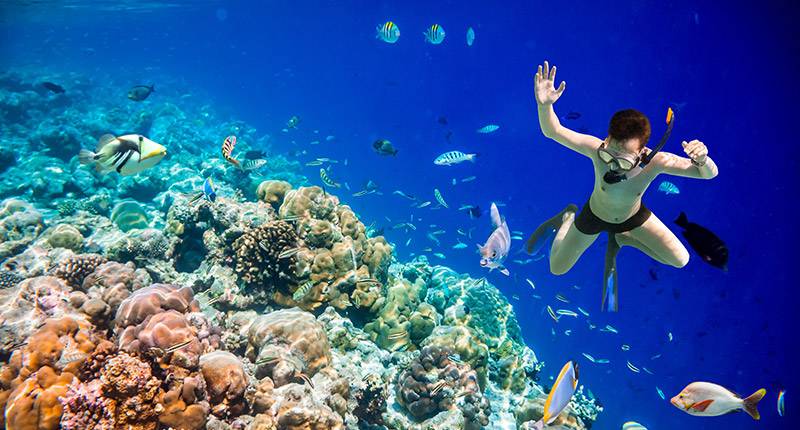 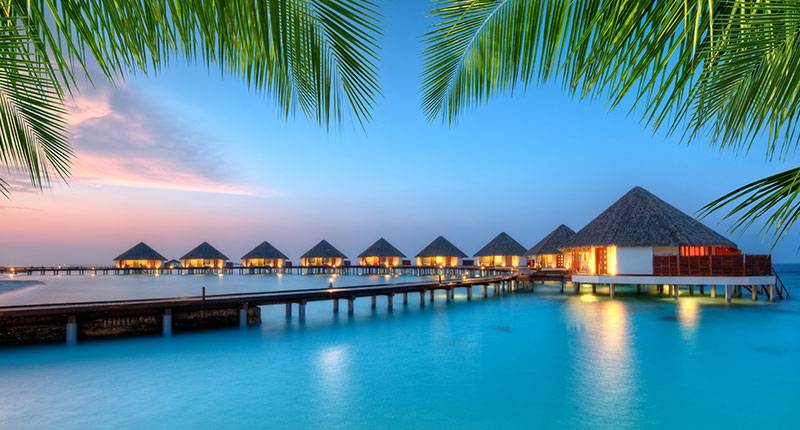 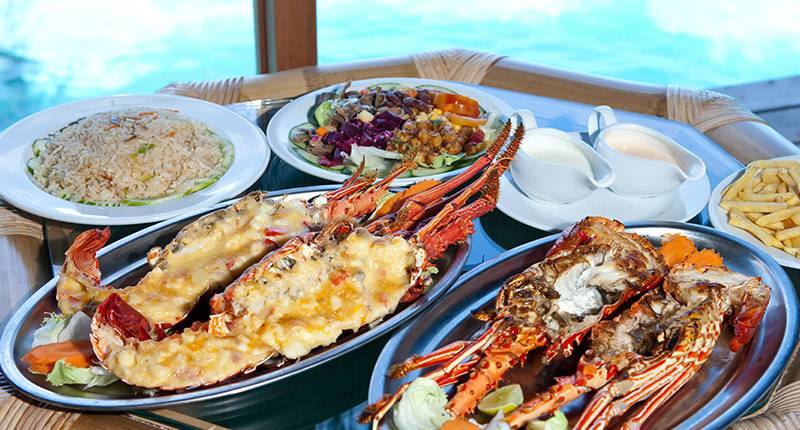 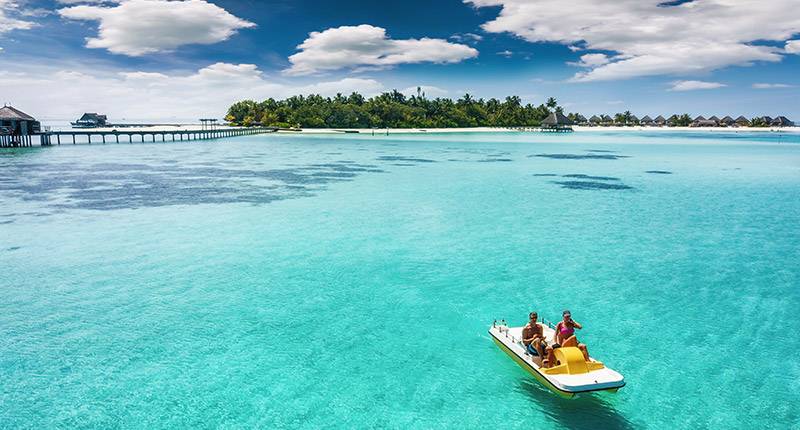 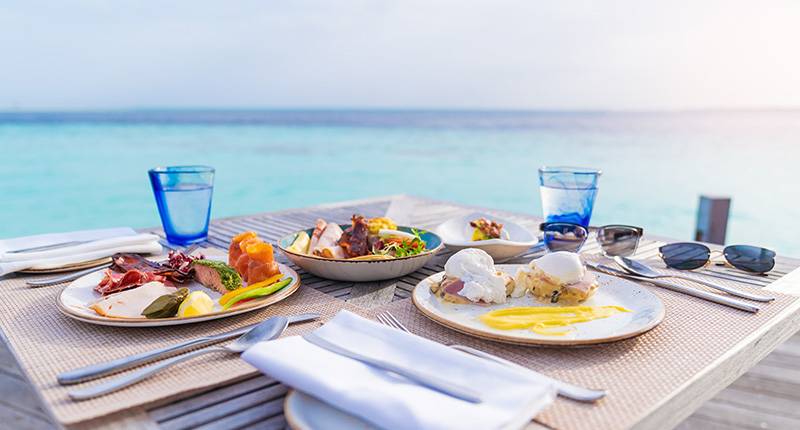 Starting From
AED 5,040 starting from

The Island Paradise of Maldives

Maldives is the most beloved island destination for travelers eager to add some sun, sand and sea to their lives! Escape for 4 days to experience 5* ultra-luxury at our handpicked resorts; relax in the clear blue waters, admire the soft white beaches, feast on local delicacies, and learn about its unique culture. Bookings are open!

Arrive at MLE - Male, Velana International Airport and meet our local representative at the pick-up point. Get a hassle-free transfer to your booked hotel in Maldives Islands and complete the check-in process.

Have a comfortable stay at your accommodation - Liberty Guest House Maldives and take some time out to wander around the city to admire its beauty and soak in its culture.

Enjoy a scrumptious breakfast and savor the local delicacies. You have the day to explore Maldives and check off all tropical experiences from your bucket list. From roadside markets, stunning beaches, colorful shopping streets, to adventure filled activities such as diving and snorkeling- you'll be spoilt for choice. Enjoy a comfortable overnight stay.

Dig into a lip-smacking breakfast, replete with local dishes. You have another day to spend experiencing the beauty of Maldives on your own. Take amazing pictures at the long jetties, enjoy the delicious cuisine, learn about the exotic culture, and don't forget to catch the wonderful sunset that the island is famous for.

Composed of almost 1,200 coral islands, the Maldives is a paradise on earth, attracting over a million tourists every year with its fine white sand beaches, turquoise waters, and luxury resorts.

Book a stay at Kurumba, the Maldives first private island resort, and enjoy the ultimate in relaxation, with pristine beaches, luxury spa facilities, and incredible cultural experiences and entertainment. If adventure is more your thing, you can explore the breathtaking marine life around the island through snorkeling, or learn to dive at one of the countrys many excellent diving schools.

And you feel like leaving the resort, theres plenty of things to do and explore: from Male, the energetic capital with its bright colors and bustling markets, to small inhabited islands where you can explore the local foods and way of life.

Currency: Maldivian Rufiyaa (MVR), which in non-convertible, meaning you will not be able to exchange it outside the country. You can get cash at the airport or at banks in Male, but most likely not in resorts. Credit cards and dollars are however widely accepted in resorts.

Plug Sockets: The standard plug socket, as well as the voltage and frequency, is the same as used in UAE, so you probably not need an adaptor for most of your electronics. If you require one, most resorts will provide you with an adaptor.

Getting Around: Transfers to resorts are by speedboat, domestic flight, or seaplane - the latter is a tourist highlight in itself, with incredible views of the clear waters and coral atolls.

Unless you have a yacht, island-hopping independently isnt easy, as the ferry (dhoni) network is limited. However, resorts are happy to help you explore the Maldives and will arrange transport to most places around the country.
The easiest way to get around is by walking: all the islands are manageable by foot, and the soft sands mean many tourists leave their shoes behind and walk barefoot around the coast.

The best time to visit the Maldives is December to February, when temperatures are pleasantly warm and the weather is dry. This is also the tourist high season, so expect to pay more during this time.

The islands are at their hottest in March to April, which is also when surfing season begins on the beaches.

From May to November there is a high chance of rain and storms, however temperatures will still be warm and resorts will be at their cheapest. Prices do however see a spike in August, in line with European summer holidays.

With over 600km of coastline and its tropical climate, the local cuisine is mainly based on fish, particularly tuna, and coconuts. Curries are extremely popular, especially the fresh tuna curry known as mas riha, and are eaten with rice or flatbread. The Maldives is also known for its Ã«short eats, popular local snacks including kavaabu (deep fried dough with tuna and mashed potato), keemia (fried fish rolls), kuli boakiba (spicy fish cakes), and bajiya (a local version of samosa). The food in the resorts tends to be imported from abroad, but you can explore local cuisines in Male and smaller towns.

Coffee is extremely popular throughout the country, and you can get a great cup in most places. Whilst the resorts sell alcohol, Male is completely alcohol-free, so those wanting a drink in the city will have to take a short ferry or speedboat to the airport.

The vast majority of the Maldives over 400,000 residents are Muslim, and the countrys culture is historically derived from Sri Lanka and South India. The language spoken is Dhivehi, however English is widely spoken, both within the resorts and by locals. This is mostly due to a boom in tourism in the past 50 years, which has lead to it becoming the countrys second largest sector (the first one remains fishing).

Despite its strong Asian and African influences, the country maintains a singular and proud culture including a rich ancient folklore and many traditional crafts such as stone carving, lacquer work, weaving, and calligraphy. These crafts are popular souvenirs throughout the islands, and have greatly benefited from the influx in tourism to the island.

The essential cultural experience on the island is Bodu Beru (Ã«big drum in Dhivehi), a traditional performance in which male drummers and dancers start out slow and build up to a frenzied, thrilling beat.

The Maldives offers some of the most incredible sights and experiences for lovers of sea life, with opportunities to see and meet sharks, whales, turtles, rays and over a thousand species of tropical fish. Swim alongside a whale shark - the largest fish in the world -, go snorkeling amongst the corals in Addu, or come face-to-face with hammerhead sharks in Rasdhoo Atoll.

The skies offer plenty to watch for bird lovers, with several species both on the island and over the water. The countrys unique geography means that theres not much wildlife on land apart from few local lizards, frogs, and snakes, as well as the turtles who lay their eggs on the beaches before returning to the sea.

It is rarely under 25?, so pack light, loose-fitting summer clothing. The Maldives is a Muslim country, and you should dress more modestly outside of resorts, such as in Male or in local towns, where shoulders and thighs will be expected to be covered. Bring some items that will allow you to cover up, such as a large scarf you can use to cover your shoulders.

The dress code in resorts is casual, however beachwear should not be worn in the restaurants and men are expected to wear shirts in the evening. Also remember to bring appropriate swimwear if you are going to be diving or doing water sports!

The Maldives offers a free thirty day visa on arrival for all nationalities, so you do not need to prepare anything before going. Extensions are available upon request.