EXPLORE GABON - THE LAND OF DAINTY SPLENDORS OF NATURE

Gabon is an African nation located in the Central part of the African continent. The nation is best known for its French antiquity and mind-blowing coastal spaces. Life in Gabon is a series of fun night scenes, amazing natural treasure, and exhilarating activities. Located on the equator, the geographical beauty of Gabon is truly exceptional. Waterfalls, hills, and jungles embellish each locale of the nation for an impressive natural experience. Tour the local corners of Gabon and explore the amazing and intriguing facts about it. Enjoy the fun safari tours, go birdwatching and enter the kingdom of fierce wildlife, where each day is a game of life for the jungle residents. Weather is quite favourable during the later months of the year, so pack your bags to unlock an exquisite African tour tale.

The Internet is a major part of the telecommunication services in Gabon. Although the country does not have very good setups throughout, it offers good connectivity in most of its urban areas. Statistically, only 138,584 people in Gabon have internet access that sums up to 8.6% of the population only.Therefore, it is one of the least connected in the world.

The local ISPs like Solsi Gabon, TLDC dominate the data and broadband market in Gabon that leaves less scope of competition and restricts the provider to provide better and advanced services.

The number of internet usage is not high in Gabon and due to less consumer interest, the internet enhancement is still in the developing stage. This makes the availability possible only in urban locations and other nearby spaces.

It is better to stick to your home connections and get a perfect plan that will support you during your whole travel period. In some parts, open Wi-Fi for the public is set up but due to connection issues, it is not reliable enough.

Recommendation: The best way to stay connected to your loved ones is via internet calling. You canuse various mediums such as Facebook, Instagram, Twitter, Skype, and much more. 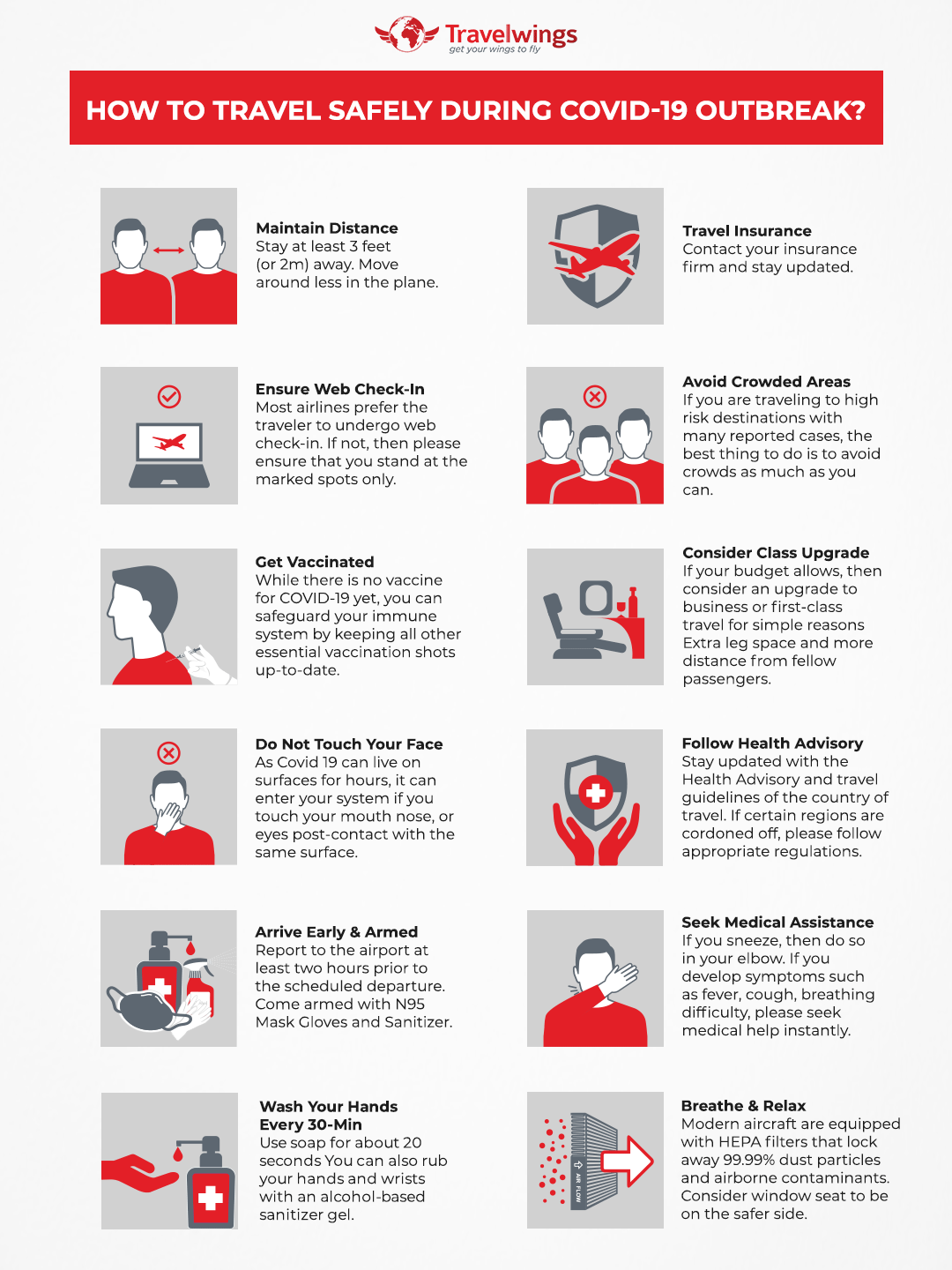 In the early history of Gabon, Bantu migrants lived in many parts of the nation, hence settlement began in the 14th century. The migrants were dependent on agriculture and that led them to grow many fresh fruits and vegetables around the places.

After the European contact, many communities invaded the Gabon land and the most prominent influence was left by the French. Soon, traders began to come and settle and made it their trading hub due to the port connectivity.

After Independence in the late 90s, Gabon became one of the favoured tourist destinations due to the history, geography, and cultural diversity. The trading opportunities are still vivid in the nation and the French antiquity is quite intriguing.

Gabon is located in the African continent, geographically, Central Africa along the Atlantic Ocean. The total area of the country is 267,667 km2 (103,347 sq mi) making it the 77th largest country in the world. The land and water area percentage of Gabon is 96.3% and 3.7% respectively.

Gabon borders the Atlantic Ocean and its total coastline is 885 km (550 mi). The total length of the International boundary of Gabon is 3,261 km. The bordering African nations are Equatorial Guinea (335 km), Cameroon (349 km), and the Republic of the Congo (2,567 km).

The highest and lowest point of Gabon is Mont Bengoué at 1070 m and the Atlantic Ocean at 0 m. The topography of the nation is a narrow coastal plain, hilly interior, and savanna in east and south. So, venture into the coastal strip or explore the hill spaces for extreme fun experiences.

Gabon is a multi-ethnic and multi-lingual country and it has had a vast cultural diversity since the early ages. The cultural magnificence is quite prominent as its history is filled with numerous roles of Italian migrants and invaders. The coastal part is significantly the hub of the nation as diverse people reside here.

Gabon is a major fan of cultural music and its diversity in musical styles is much appreciated. Music was always considered an art that connects people and hence the diverse population brought their art and made the nation and land of everyone.

The fashion sense of Gabon has always been on point. Colourful prints and impressive designs display a lot about the fashion sense of the locals. The patterns and contrasts are nature-inspired; hence the clothes are colourful and vibrant.

Gabon embraces distinct communities and the festivals of every ethnic group are its major points of interest. Catholics celebrate Christmas, Muslims celebrate Ramadan and other local people celebrate their interest in the festival. Therefore, the country always has liveliness in it.

The food in Gabon is an amalgamation of flavours, spices,nature-inspired and fresh ingredients. The coastal border offers access to a variety of tasteful seafood that is the staple of the nation. The plate is filled with colours when roasted fish is served with cherry tomatoes and greens on the side of it.

The speciality of Gabon cuisine lies in French food considering the major role of French people in the history of the nation. Special French food is served in almost every part of Gabon.Herbs combined with tasteful oil curate memories on plates for you.

Meat is also popular. Chicken and lambcooked in rich spices and string flavoursare savoured all over the country.

Drinking is not allowed in public areas visitors will very rarely spot any liquor store open in the people’s place. So, it is recommended to go to a licensed bar and enjoy the drinks.

The best time to visit Gabon is in the drier months of the year. And, the drier months start from May to September and December to January. This is highly preferred by the tourists as they get to enjoy the amazing safari tours and wildlife spotting adventures.

June, July and August are the driest months of all.  The average temperature in the dry season falls between 22° C to 32° C. As Gabon experiences the tropical climate, it is hot and humid all time of the year.There are no insects due to heat and light rainfall. So, exploring coastal spaces and camping in the open can be the most preferred activities.

February to April, October, and November are the rainy months. This is the time when the wildlife of the nation hides in the jungles, so a safari tour is not an option.

The Average Temperature of GabonIn Dry and Rainy Seasons:

Lope National Park is a rainforest area known for its greenery and serene spaces. The terrain thrives during the monsoon seasons that enhances its beauty. So, admire the pristine features of nature like hills, lakes, and eye-soothing landscapes.

Akanda National Park is a protected area known for its mangroves and beaches. The place is really pleasant. The greenery and fresh beach breeze soothe your mind and senses. So, indulge in an amazing nature retreat at Akanda with your family.

Parc de la Lekedi is a wildlife park in Gabon known for its subtle, impressive, and lush greenery. The refreshing stroll sessions offer leisure amidst serenity. The diverse wildlife makes your safari tours extremely fun and amazing. So, be the guest of this nature's hub.

Other Popular Places to Visit in Gabon

Most Popular Regions To Visit In Gabon

Libreville is the capital of Gabon and it is known for its coastal border and exhilarating maritime experiences. The city has many amazing corners to explore and the best place to visit is the local eateries and bar spots around the area.

Port-Gentil is a port city in Gabon and attracts numerous tourists around the year for its coastal beauty and serenity. The amazing beach-facing dwellings offer great experiences to make your vacation memorable.

Franceville is another city of Gabon known for its amazing lush greenery. The trekking and hiking adventures in the city'snational park are quite fantastic and once you reach the top of the hikes, the view is awe-inspiring.

Ramadan is celebrated by the majority of locals. For straight 30-days, the Islam followers keep fast and celebrate the ending of their fast with a heavy feast. Families gather together, cook numerous dishes, wear new clothes and offer their prayers to Allah, after which they indulge in a variety of home-cooked meals that include meat and many sweet servings.

Christmas is celebrated with utmost pleasure in Gabon just like the other American countries. People decorate their homes with lights, cook meals, and enjoy family gatherings. People sing Christmas jingles, visit churches, and light up candles to offer their prayers.

New Year is one of the biggest celebrations in Gabon as people commence the year in a festive spirit. Everyone gets along with their family and friends and enjoys a hearty meal. The celebration takes place on New Year's Eve when everyone sings, dances, and has fun to welcome new beginnings.

The visa requirements for Gabon have become much less complicated over the years. To travel to Gabon, your passport should be valid for at least six months from the date of arrival.

For Gabon citizens: Gabonese citizens have visa-free or visa on arrival access to 54 countries and territories.

List of Countries that can travel visa-free to Gabon

Most visas for tourist and business travel to Gabon are valid for stays of up to 90 days.

Get more information on 'How to get a visa to Gabon' through the Official website ofGabon.

**Please note that the information is subject to change. For the latest information and updates, please contact your embassy.
Rent-A-Car/ Taxi

Rent-a-car or take-a-taxi is the best way to move around Gabon. The road quality is not very good for driving two-wheelers. It can be a bit expensive but the comfort is impeccable. Finding a taxi on the roads can be a bit hectic, so it is recommended to contact an official car rental company. In fact, at night the car renting price and taxi fare increase due to the low availability of customers. Price varies as per the car services, distance travelled and the number of people travelling.

Mini-buses are cheaper than any other means of transportation in Gabon. There is frequent availability of buses to almost every part of the nation from towns to cities to villages and they stopon-demand at any place to get more riders. But it can be hard to spot in some of the rural spaces, so it is recommended to not solely depend on the bus rides.

Gabon only allows entry via air route, though it has coastal spaces and shares land borders.Entering through the International Airport is ideally the legal way to enter the Gabonese lands.

Djibouti is a neighbouring country of Eritrea known for its coastal space and diverse history. The nation displays a range of historical and architectural heritage. Its authentic and rich seafood is impeccably delicious and the water sports are fun here.

Distance Between Places of Importance in And Around Gabon

GABON CURRENCY CONVERSIONS: **Please note that the ROE is subject to change based on currency fluctuations.
Send Enquiry